‘Kunst in de Pupillenbuurt’ has been started by the independent neighborhood committee and the Municipality of Rotterdam. The goal is to introduce artworks in the west part of Rotterdam to improve the quality of living. I was invited to design a fitting illustration for a wall with the dimensions of 10 by 10 meters.

The preferred choice of art was expressed by the residents of ‘De Pupillenbuurt’ itself. I took upon the (big) task to execute the mural together with Anne Engelbarts.

Initiative by the Municipality of Rotterdam. 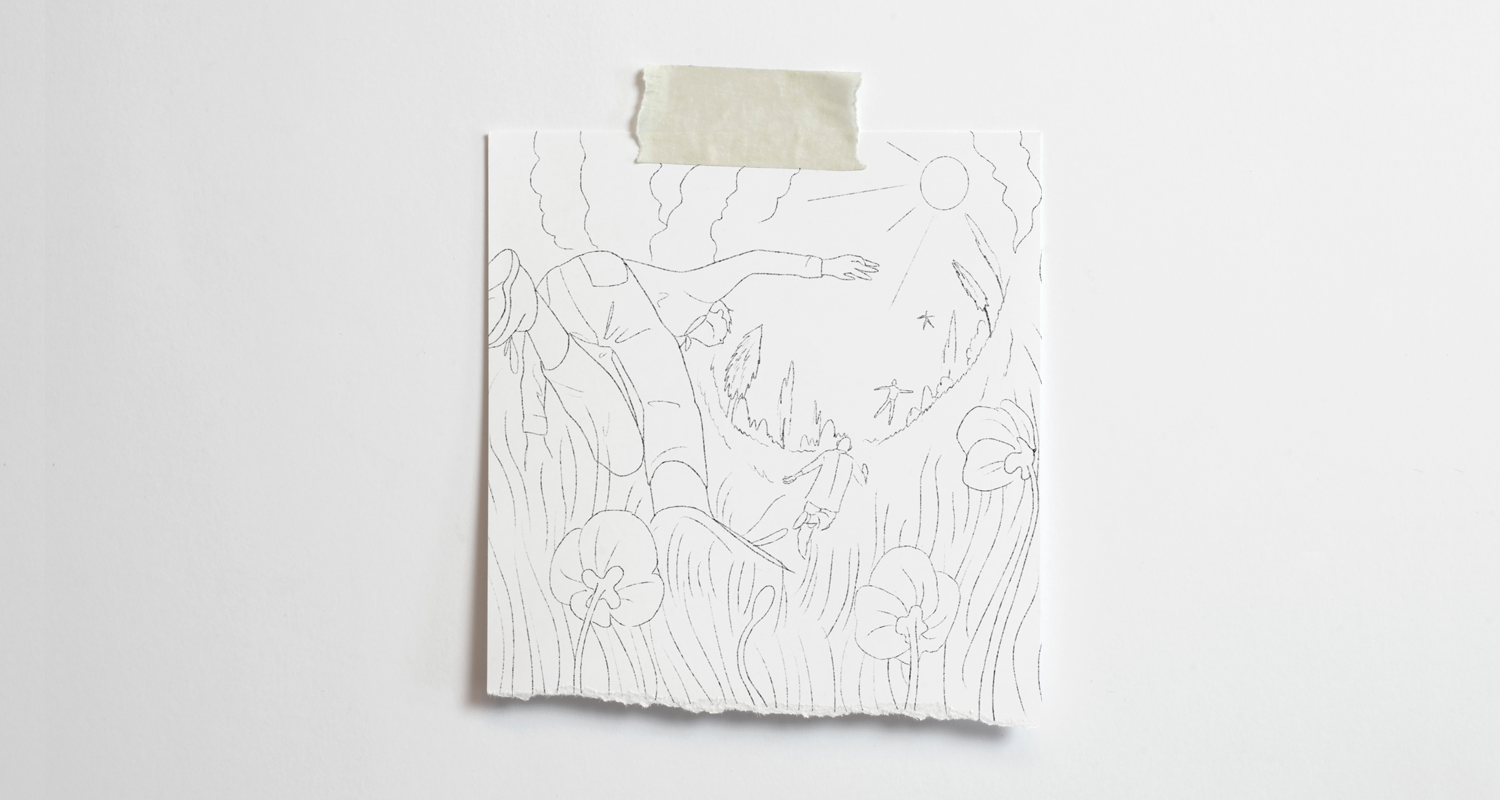 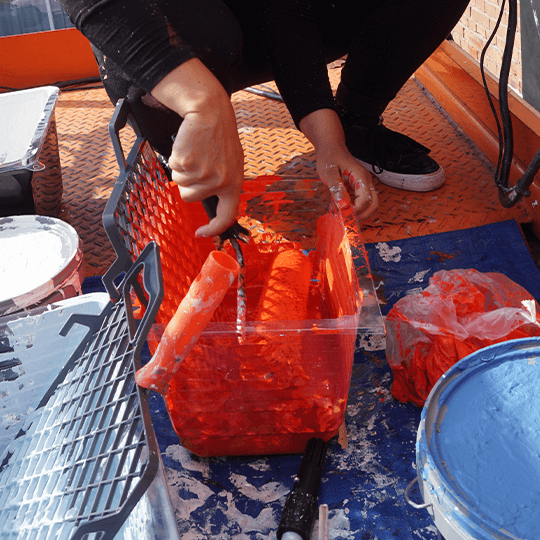 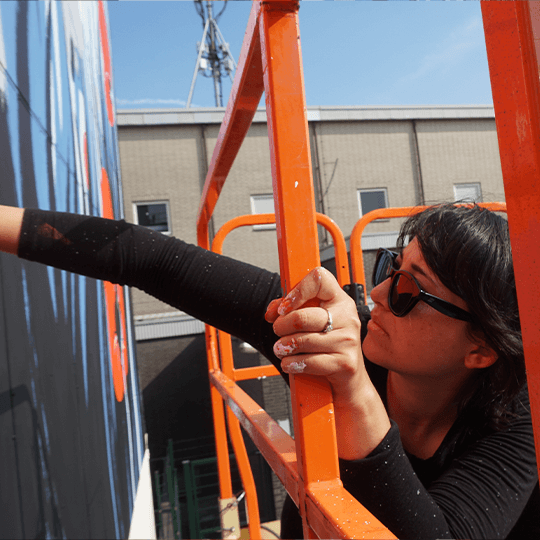 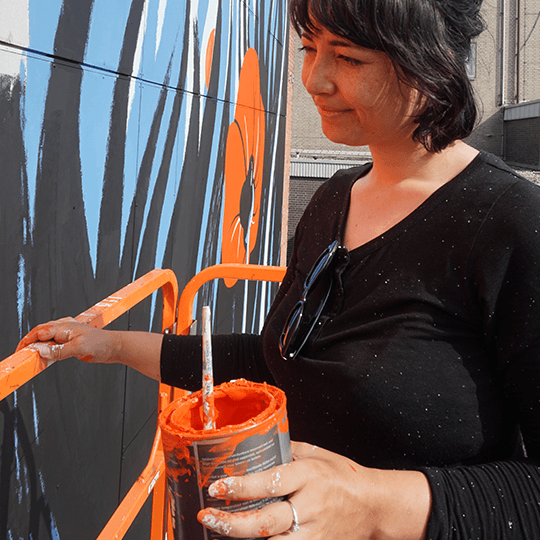 The illustration itself plays with the word ‘perspective’, both visually and conceptually – as seeing things in perspective or gaining new perspective. The image above shows the first sketch of the illustration. Inspired by the nature of the neighborhood which consists of lively people and contrasting grey buildings, first thing I wanted to bring to this neighborhood was color.

People stopping from their walks to watch us paint. A lady took a picture when the painting was just halfway done. A kid yelled “kapot [pause] mooi”! An older man thankful for making the wall look so beautiful, to name a few of the positive responses. 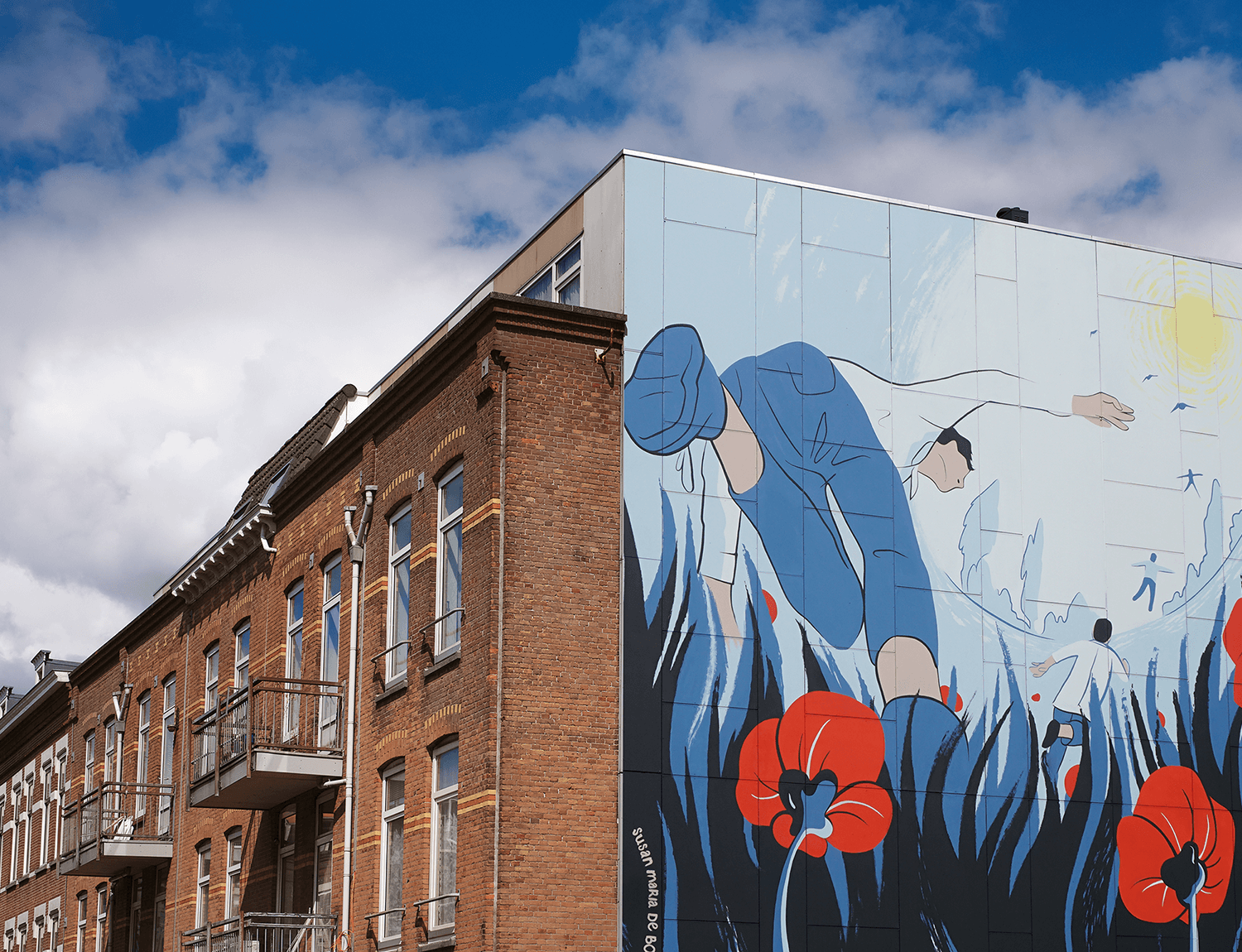 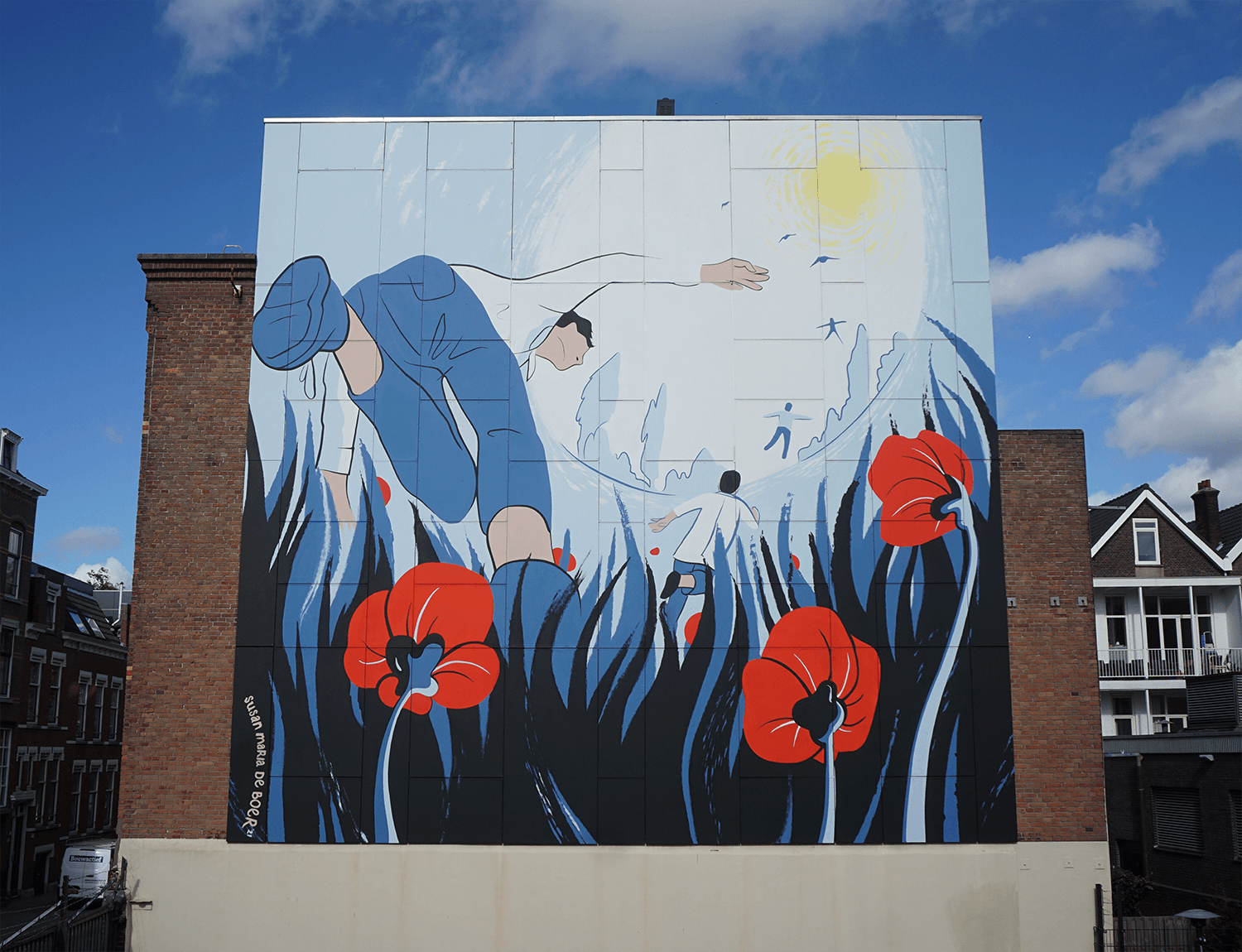